A describing pictures activity for speech and language therapy

I often target defining and describing pictures in speech therapy, so I decided to create an activity to allow me to better address those objectives. My students are often working on goals such as identifying or stating the category for items. We also work on object function, describing appearance, stating the composition or material that is used to make an item or object, the parts or associated parts that an item has, or the location (where we might find/ see that object, item, or thing).

It’s important to work on describing skills in speech therapy because this assists your student with understanding and using new vocabulary terms and adding more details and description to written and spoken language.

This resource is pirate-themed, and it includes 3 “gold coin smash mats” with 8 describing pictures on them. Your student will practice identifying what category each picture is is (naming the category). If you would like, you can cut out the coins, but you also could leave this as a no-prep activity. Print a sheet out, stick it in a sheet protector, and pair it with dough or a magnetic wand and chips, and you’ll be all set!

Your student will practice stating the object function for each picture in order to describe and answer the question, “What do we use it for?” This resource contains 3 “object function jewel smash mats” with 6 describing pictures on each. This is a super fun activity to use during your speech therapy session.

Your student can practice describing what an item looks like as well (for example, stating the size, shape, or color of an item). There are 3 smash mats with describing pictures that were carefully chosen to elicit targeted shapes / appearances (for example, items that are round, rectangular, or shaped like a cube, such as an ice cube). This resource provides a great starting point for describing the appearance of pictures.

Describing What It’s Made Of

Explaining What Material the Item is Made of

I know this can be tricky to find resources for (which is why I also created this What Is It Made Of? flipbook resource), so I made sure to include pages in this describing pictures speech therapy resource that specifically targeted this skill. For example, your student would match the chair picture to wood, and the window picture to glass. Other types of materials targeted include plastic, metal, fabric, rubber, wool, paper, and leather.

“Message in a bottle” cut-outs are provided that include two describing pictures on each bottle. For example, one bottle might contain pictures of a chair and a bed. Your student will use the included venn diagram page in order to explain the similarities and differences between the pictures.

If your students are starting to work on describing pictures in speech therapy, and you’re looking for a fun, effective resource with an engaging theme (who doesn’t like pirates?!), you’ll definitely want to check out this describing activity in my TpT store.

Looking for speech therapy games to motivate your upper elementary school students? This age range is past the “babyish” stage, but most upper elementary school students definitely still love PLAYING while working on speech and language goals! Games don’t just need to be reserved for your preschoolers! Games can help keep our older students motivated… 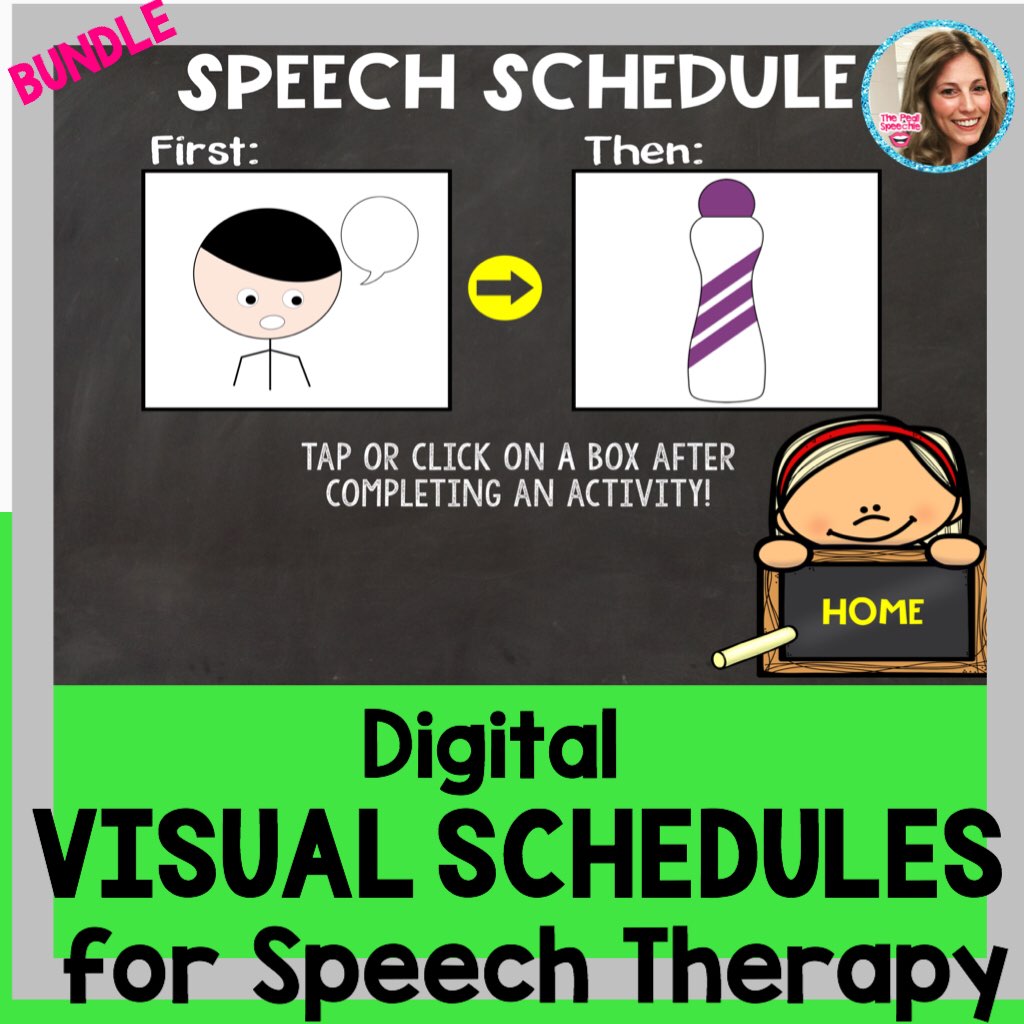 No print Speech therapy visual schedules for Google Slides™! This no prep, digital activity is PERFECT for the busy Speech-Language Pathologist who needs to access a visual schedule FAST! Visual schedules provide a way to structure your speech and language sessions. Visual schedules assist with transitioning to a new activity, and in my experience, can… 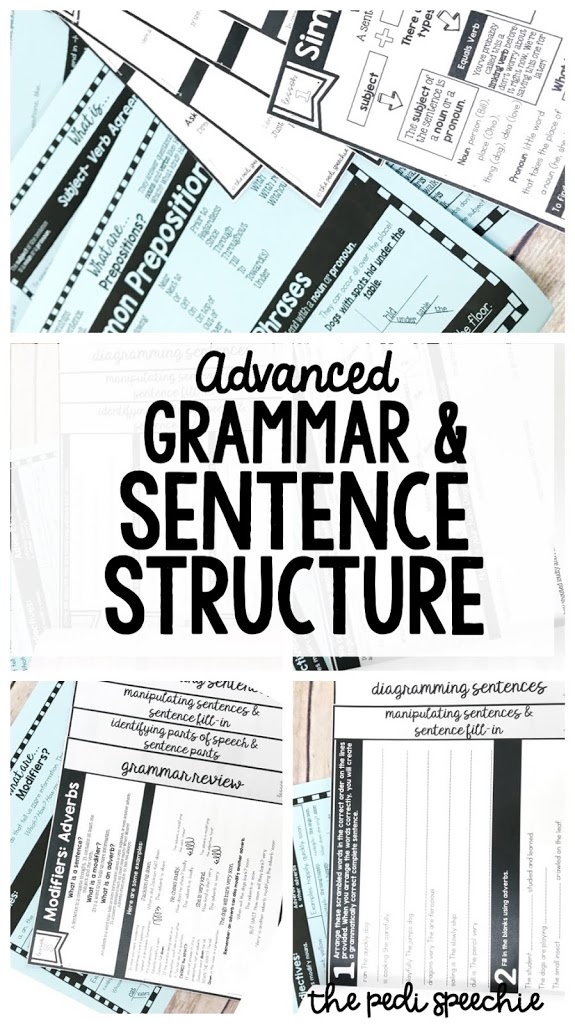 TWO. EXHAUSTING. MONTHS. It all started when I sat down and started thinking about how often I hear in IEP meetings: this student struggles with reading comprehension. Now, I WAS working on comprehension goals, but I felt like I needed to dig deeper. What SPECIFIC areas of language could I target that would best help… 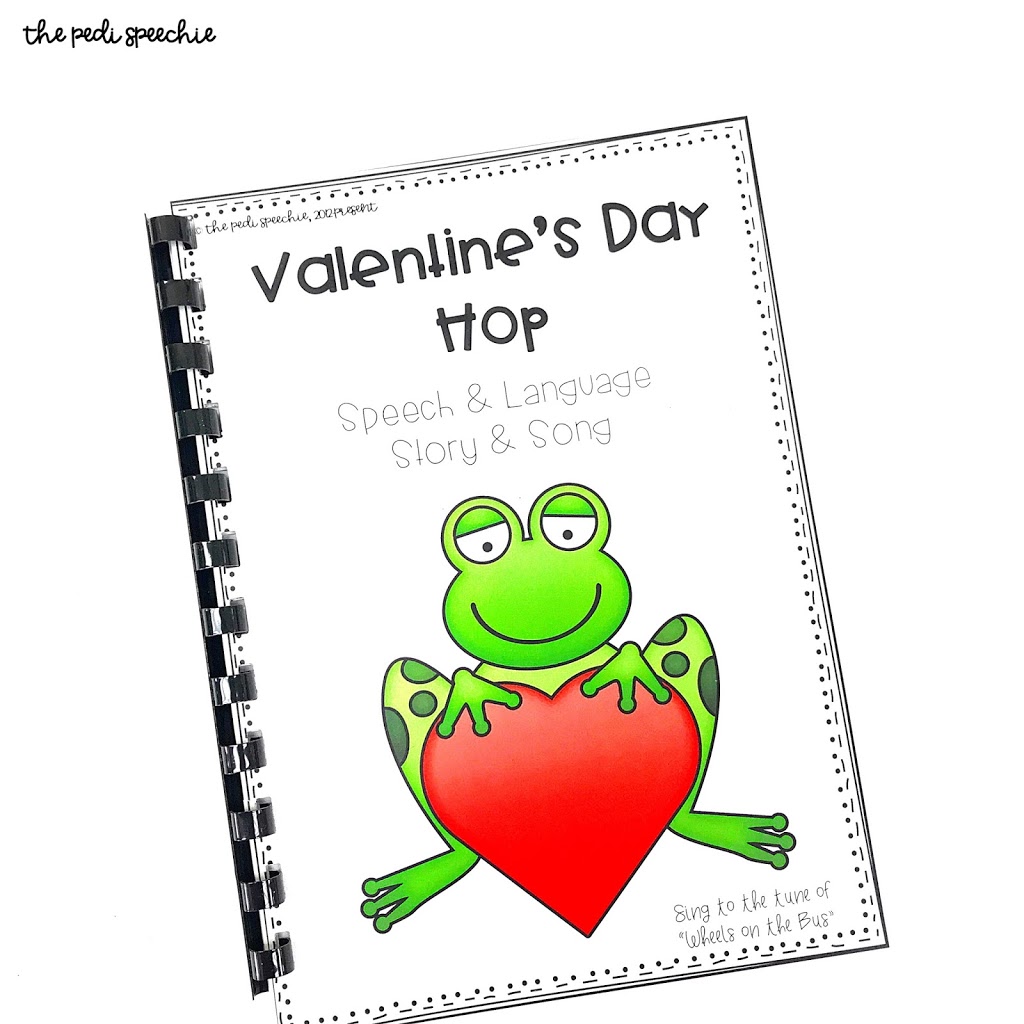 I am SO, so excited because… FRANKIE’S BACK! In case you missed him at Halloween or Christmas… click those links. Your fav frog is back, and I’ve again teamed up with some amazing SLP blogging buddies to bring you FREE Speech Therapy Valentine’s Day activities! As usual, it all starts with a song. Since my…

Using core words in speech therapy can be a very important component when helping our speech and language students become more efficient communicators. The problem? Most SLPs have huge caseloads- and even larger paperwork piles. That means we can’t be the only ones involved when it comes to modeling and teaching core words to our…

Looking for Spring Speech Therapy Activities to try with your students? Winter is coming to an end, and it’s fun to freshen up your speech and language sessions. If you’re a busy SLP who needs some inspiring speech therapy activities and ideas for spring, look no further. This blog post is PACKED with ideas! In…